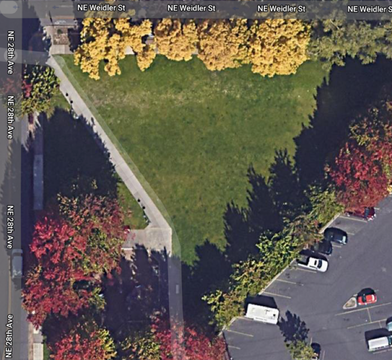 Our public rights of way provide opportunities to ‘green’ the urban environment. NE Halsey Street is quite wide between NE 19th and NE 24th Avenues. The parking strip could be extended in locations for benches and ‘rain gardens’. The alleyways between NE Halsey and Ne Clackamas from NE 24th to NE 28th may provide an opportunity to shift some parking to the alley and add green features in the street.

SGN's tree canopy is in decline.  Many of our older elms and big leaf maple trees are diseased and likely will be removed in the coming decades. The Figure 9 shows difference in tree canopy between Irvington/Grant Park and SGN.  SGN is home to several large heritage trees, for example the Tulip Poplars at NE 24th and Clackamas Street. 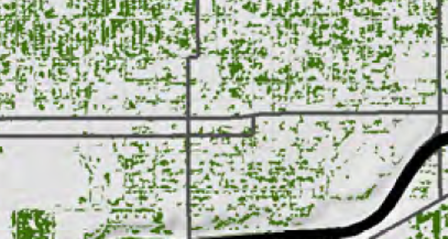 Portland’s inventory of culturally significant landmarks does not include any landmarks in SGN.  This is at odds with the many architecturally significant homes that are featured on Architectural Heritage Center's guided walk through Sullivan’s Gulch.  One of these is the home on the southeast corner of NE 16th and Halsey that was the residence of Bonnie Mentzer, a long-time Multnomah County legal aid attorney. The Metropolitan Community Church at the SE corner of NE 24th Avenue and Broadway dates to the early 1900’s. President Grover Cleveland attended the church’s dedication.  More work is needed to secure recognition for SGN’s historic landmarks. 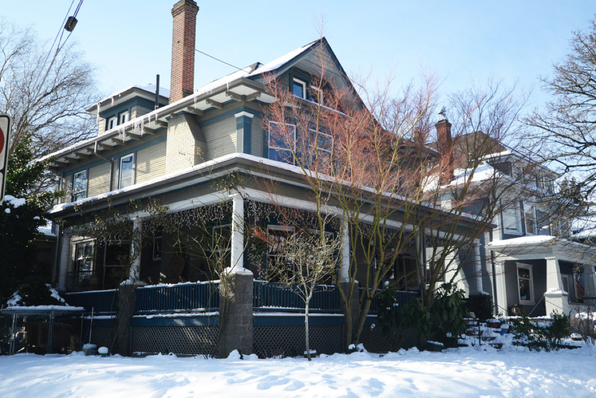