In 2010 there were ~1880 dwelling units in SGN. Roughly 30% of the units were built before 1940. Another 30% were built in the 1960’s. The overall housing inventory has increased significantly this decade with construction of more than 600 additional units. The average age of the housing stock is getting younger with new construction and demolition of older dwellings.

Tenure refers to the mix of owner vs. renter households. Figure 8 shows that home ownership in SGN increased between 1990 and 2012 but this trend could reverse in the next decade with the influx of new apartments. Home ownership may be a small percentage of the housing mix but it provides outsized importance to neighborhood stability and identity. Steps should be taken to ensure a significant presence of home ownership in the tenure mix.

SGN supports city initiatives to increase housing choice and density in residential zones. There is a concern, however, that proposed regulations will increase demolition of single-family homes. Also concerning is that replacement housing will not be in character with the rest of the neighborhood. The neighborhood supports adoption of voluntary design guidelines to provide a reference for desired infill and redevelopment.

SGN has had a significant population of houseless residents for a very long time. In the 1930’s during the depression the Gulch was known as ‘Hooverville’ with dozens of makeshift shanties and temporary encampments. Today the problem is on the rise again as more and more households find themselves unable to afford market-rate housing or loose housing to mental health and substance abuse issues. 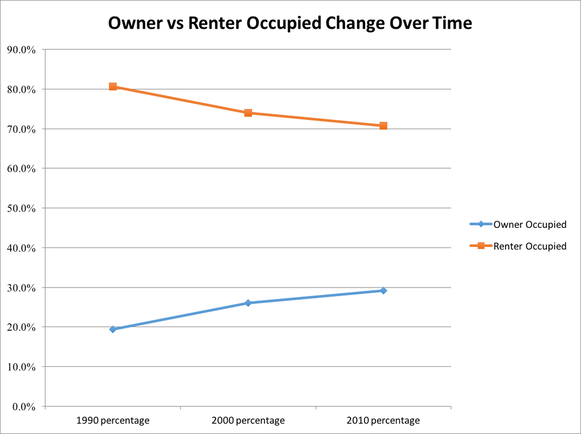